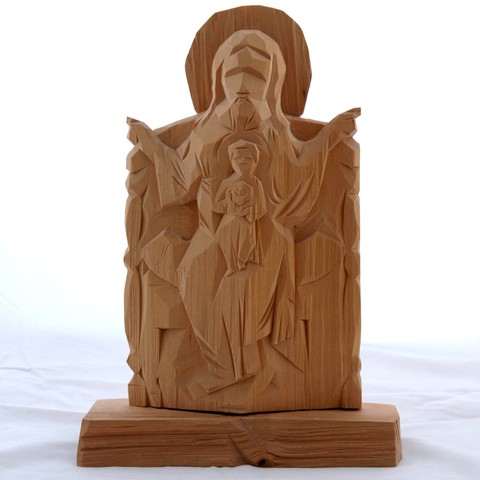 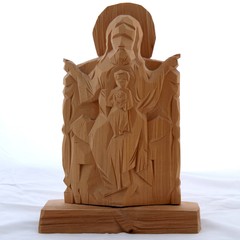 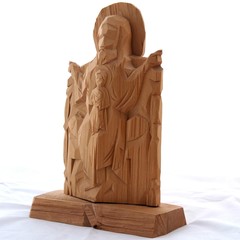 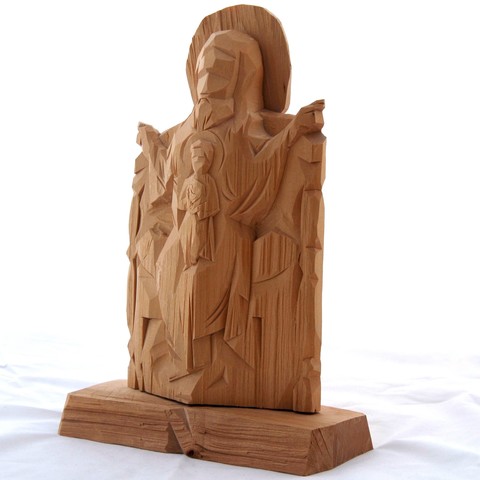 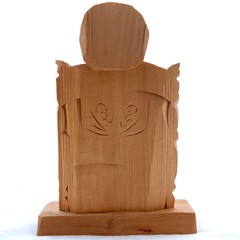 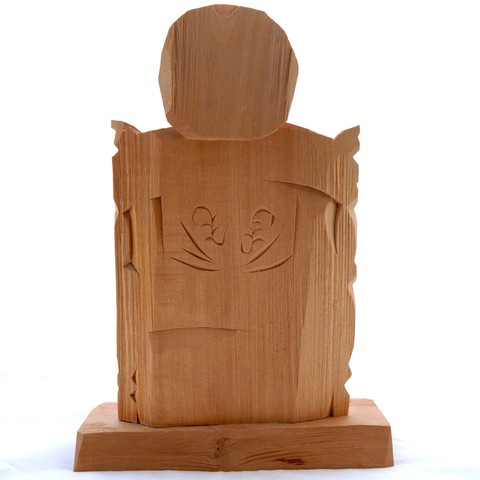 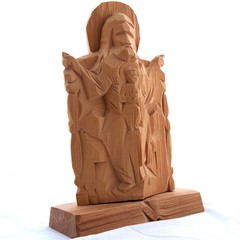 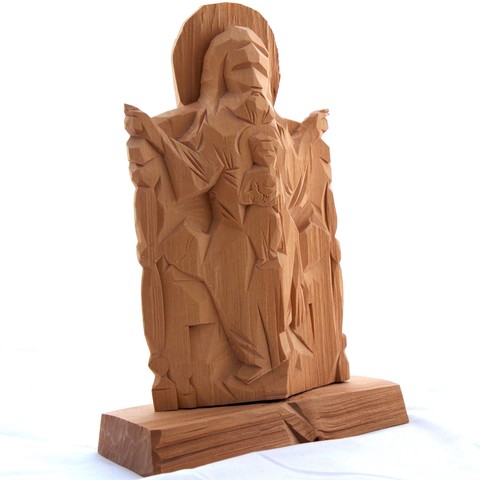 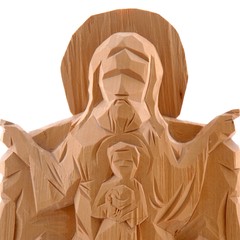 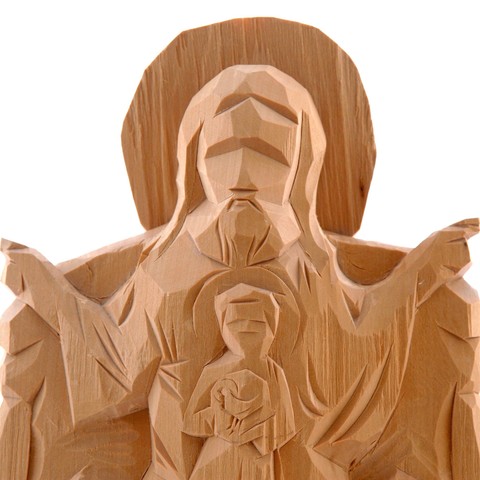 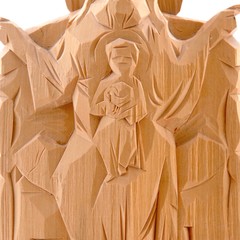 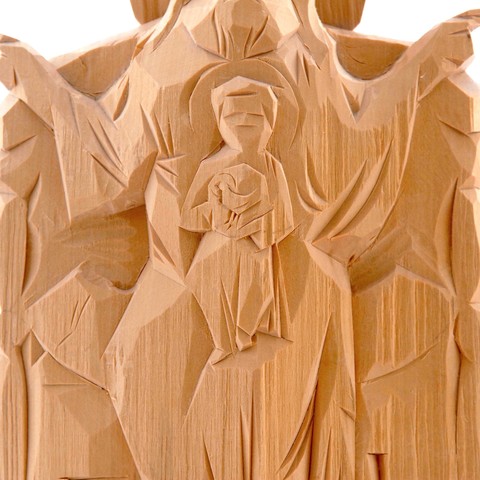 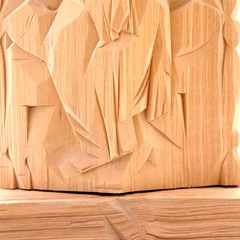 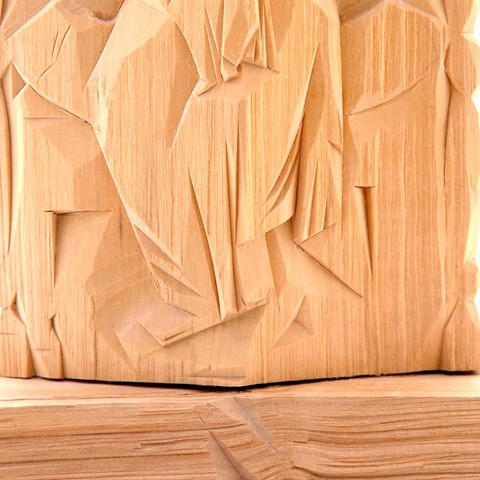 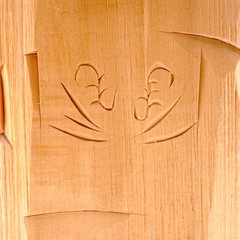 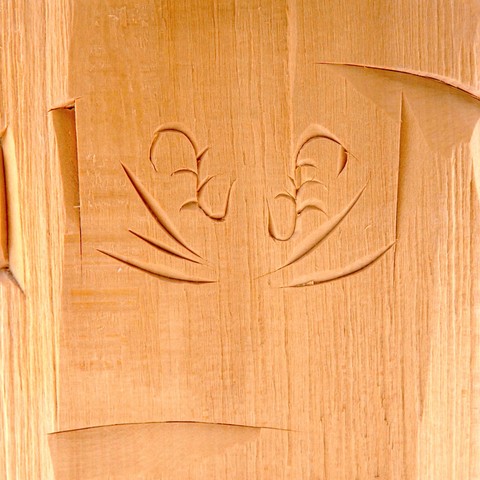 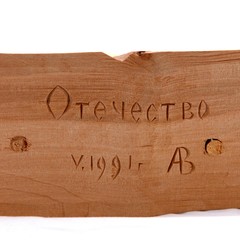 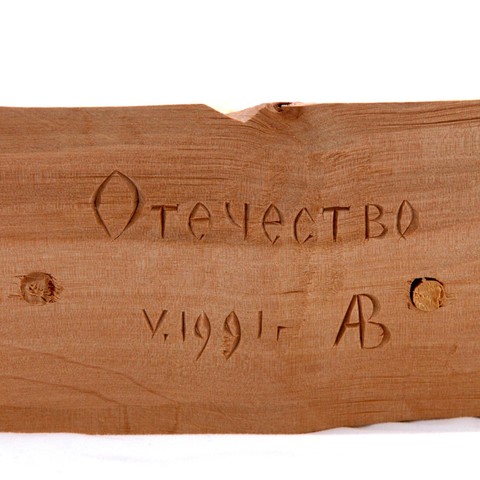 The possibility of direct contemplation of the consubstantial and tri-personal God was associated with an ascetic feat, silence, purification from passions and continuous prayer.

The symmetry of the construction, the frontality of the figures, the stiffness of the contours, the severity of faces that have an acute and piercing expression-all this creates an open and direct image to the viewer, presenting a complex theological-dogmatic idea. In the image, the traditions of the Novgorod school are clearly visible.

This powerful wooden sculpture was created by the master of the Sergius carving Alexander Nikolayevich Varganov.

An outstanding master of Bogorodsky and Sergius carving. He restored the Russian smash carving, and on its basis - the once famous Sergievsky toy, the old-town sculpture-toy and the Orthodox carved icon, and also created a round unique Orthodox sculpture. He also makes traditional Sergievskie toys made of papier-mâché.

Varganov - a gifted sculptor, he does not just recreate the old figures, the artist has his own style. He perfectly feels the texture of the tree, uses it virtuously. His toys are vibrant and dynamic. His style Alexander Varganov jokingly calls "cubism."

The artistic craft of wood carving, according to legend, existed in Sergiev Posad since the time of St. Sergei Radonezhsky, is now known only to a few specialists. This technique was almost forgotten, but the efforts of the genius Bogorodsky carver Alexander Nikolayevich Varganov was restored.

Traditionally, the Bogorodsky carvers worked without sketches and sketches, "with a stroke" - hence the name of this carving is 'smash'.